The Key to Fighting Disruption

How can the West improve its resilience and remain competitive in the security and technological challenges of the next decades?

An international online seminar, conducted in English,
developed in partnership with the Aspen Institute Socrates Program, supported by the Bucharest Office of the German Marshall Fund of the US,
organized in the margins of the Atlantic – Black Sea Security Forum 2021,
under the framework of the Aspen Resilience, Governance & Society Program, the Aspen Technology & Society Program and the Aspen National Defense & Regional Security Program.
For three 3-hour sessions, one session each day of the seminar, we will explore, in a transatlantic context, the nexus between societal resilience, security & technological developments.

Technology has transformed democratic societies in recent years, from playing a significant role in recent elections on both sides of the Atlantic to amplifying the voices of ordinary citizens on everyday matters. In addition, the ongoing pandemic has accelerated the global shift of power and realignment of the global balance of power, making great power competition more tense and more intractable, raising concerns regarding both traditional and non-traditional security.

Furthermore, there is also a major technological shift underway, as the technological superiority of the West is being challenged for the first time in hundreds of years. China and other big powers are emerging as formidable competitors in a whole range of cutting-edge fields. The political West needs to show solidarity in the face of these incoming challenges and find a new narrative for acting together, as allies on both sides of the Atlantic.

Faced with these combined challenges, which come to play both through civilian and military instruments, transatlantic consultation and coordination are key for accelerating the strands of work associated to enhancing resilience across the Euro-Atlantic region. To effectively respond to attempts aimed at undermining our very values and the core of democratic principles, a whole of society approach to resilience, engaging the triple helix of government, private sector, and civil society is required.

This Online Transatlantic Socrates Seminar will explore opportunities and challenges presented by new technologies, debating how the West can improve its resilience and mobilize key resources in order to be competitive in this great security and technological challenge. The Seminar will discuss opportunities and challenges posed by emerging and disruptive technologies and will be seeking solutions to improve protection of critical infrastructure in the digital age as well as to instill resilience through a more integrated approach. Using NATO’s 7 baseline requirements for resilience as the common denominator, it will discuss different ways of pursuing an enhanced Euro-Atlantic resilience agenda, including by exploring necessary synergies between relevant institutions and societal stakeholders.

Furthermore, as part of the wider technology and democracy debate, the Seminar will address the topic of increased pressure that online disinformation and fake news put both on institutions and individuals. Increasingly used as a tactic of wider hybrid warfare campaign, it aims at eroding trust in institutions such as NATO, the EU, the governments of their member states and partner countries. This triggers a relevant ethical, societal debate with regard to the real impact of tech on our democracies – does it hurt more that it helps?

The participation to the seminar will be by invitation only. The participants will include multiple stakeholders from the Aspen Resilience, Governance & Society, the Aspen Technology & Society and the Aspen National Defense & Regional Security program communities. 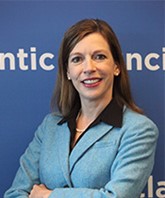 Dr. Evelyn N. Farkas has three decades of experience working on national security and foreign policy in the U.S. executive, legislative branch, private sector and for international organizations overseas. She is currently President, Farkas Global Strategies. Prior to that she was Senior Fellow at the German Marshall Fund of the United States and the Atlantic Council and National Security Contributor for NBC/MSNBC. She is a member of the Council on Foreign Relations, the Board of Directors for the Project 2049 Institute and the Board of Trustees of Franklin & Marshall College.

She served from 2012 to 2015 as Deputy Assistant Secretary of Defense for Russia/Ukraine/Eurasia, Balkans, Caucasus and conventional arms control. From 2010 to 2012 she was Senior Advisor to the Supreme Allied Commander Europe and Special Advisor to the Secretary of Defense for the NATO Summit. Prior to that, she was Executive Director of the Commission on the Prevention of Weapons of Mass Destruction Proliferation and Terrorism and senior fellow at the American Security Project. From 2001 to 2008, she served as a Professional Staff Member of the Senate Armed Services Committee responsible for Asia Pacific, Western Hemisphere, Special Operations Command, and policy issues including combatting terrorism, and export control. 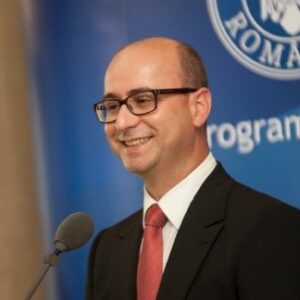 Radu is a public policy and open government consultant with more than 10 years’ experience in the Romanian public sector. As State Secretary in the Prime Minister’s Chancellery, he coordinated strategies and public policies development at the Centre of Government, between 2012 and 2017, and as National Coordinator for Open Government Partnership he represented Romania in the Steering Committee of the OGP at the international level. Starting October 2018, he was invited by the OGP to become an OGP Envoy. 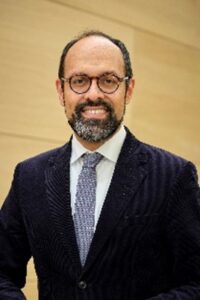 Before joining the International Staff, Mr. Thankey spent more than fifteen years in the Policy Group of Canada’s Department of National Defence. He has previously served as Defence Counsellor at Canada’s Joint Delegation to NATO and as Political Advisor at the Canadian command element supporting the NATO enhanced Forward Presence battlegroup in Latvia. 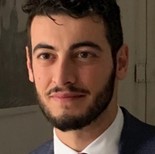 Dimitri is currently in charge of strategic foresight, the Conference on the Future of Europe, and economic affairs/European Semester in the Cabinet of Maroš Šefčovič, European Commission Vice-President for Inter-institutional Relations and Foresight.

Previously, Dimitri Lorenzani was team leader for strategic foresight at the Secretariat-General of the European Commission, where he coordinated the implementation of the institution’s foresight strategy. From 2011 to 2020, he worked at the Directorate General for Economic and Financial Affairs (ECFIN), leading the team of economists dealing with Italy’s surveillance under the European Semester and acting as main contact person vis-à-vis the government, other institutions, and the press.