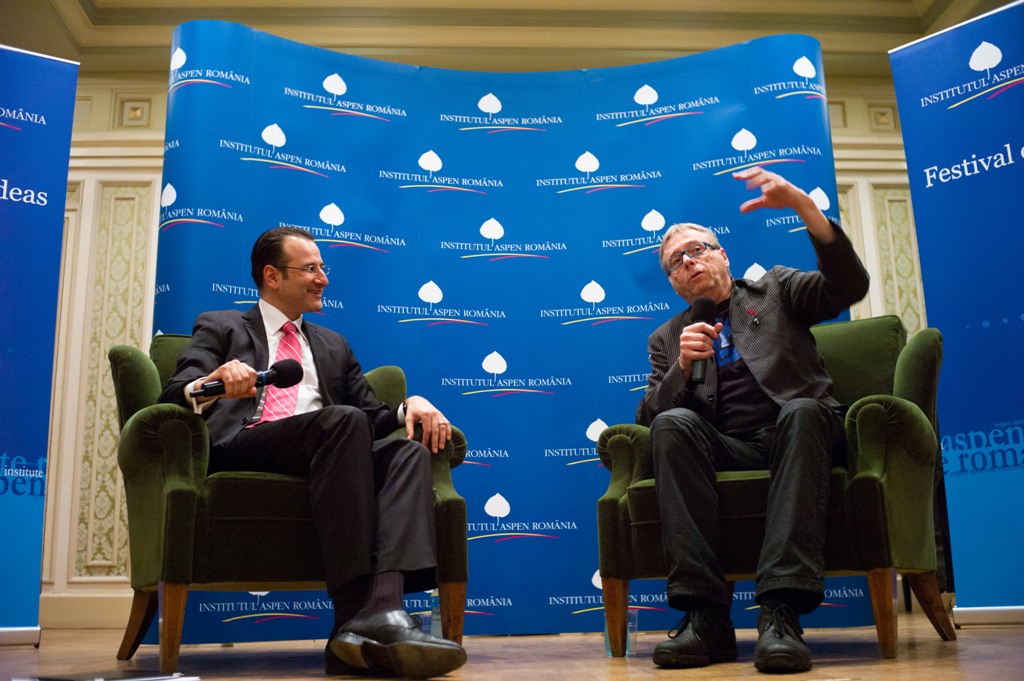 A Conversation with Gigi Caciuleanu

The third event of the 2013 Festival of Ideas was a Conversation with Gigi Caciuleanu, world famous choreographer, professor and contemporary dance innovator on cultural management, identity and Diasporas and the transformative power of dance, on Tuesday, September 17 from 19:00.

An international ballet and dance personality, Mr. Caciuleanu won his first international prize in 1974 at the International Competition of Choreography of Paris – Bagnolet . Between 1974-1978, he held the position of director at the Nancy Ballet Theatre, and later on Artistic Director of the National Choreographic Centre in Rennes – France. In 1984, he was awarded the title of Chevalier in France in the Order of Arts and Letters and, in Romania, the Romania Star Chevalier Medal. After 1994, he creates the famous Gigi Căciuleanu Company in Paris.

Other topics of conversation covered how festivals and other artistic events serve as means of bridging cultures and Romania’s way of promoting its traditions, arts and cultures. We also looked at how a country can benefit from promoting its culture and traditions, analyzing as well ways in which Bucharest and other major Romanian cities can create a cultural hub for the region.

In partnership with the George Enescu Festival and with the support of the Aspen Institute’s Ideas Festival, this event invites participants to engage in deep and meaningful discussions on the overlaps between social identity, success in the arts and culture and how these can serve as identity pillars.