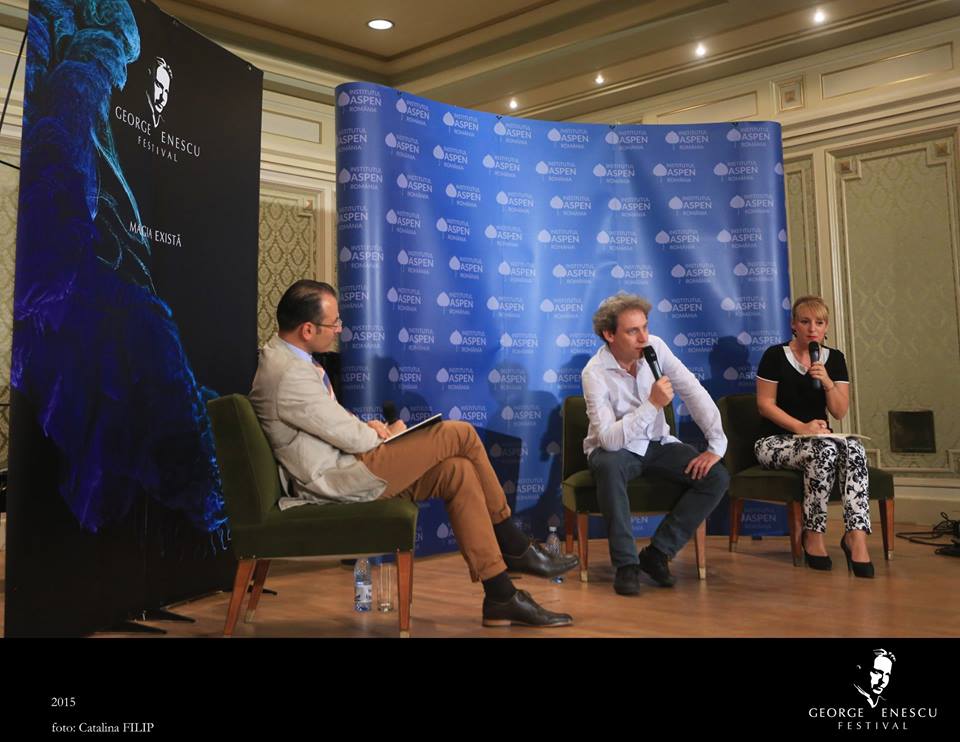 A Conversation with Violinist David Grimal

In Romania at the invitation of the George Enescu Music Festival, Mr. Grimal plays a Stradivarius, the “ex Roederer” from 1710, as well as the “Don Quixote”, a violin made for him by the French luthier, Jacques Fustier.

After studying at the Conservatoire National Supérieur de Musique of Paris under the aegis of Régis Pasquier, at which time he received advice and encouragement from such renowned artists as Schlomo Mintz and Isaac Stern, David Grimal spent one year at the École des Science Politiques de Paris before his life-changing encounter with Philippe Hirshhorn.

David Grimal has recorded Schubert’s Sonatines with Valery Afanassiev. In 2009, his recording of Bach’s complete Sonatas and Partitas along with Brice Pauset’s “Kontrapartita”, a creation originally dedicated to David Grimal himself, was distinguished by a Choc de Classica – Le Monde de la Musique (France’s leading classical music monthly). His recording of Thierry Escaich’s Concerto for violin with the Orchestre National de Lyon was also awarded a Choc de Classica in 2011.

Since 2008, David Grimal has been Artist in Residence at the Opéra de Dijon. He teaches violin at the Musikhochschule, in Sarrebrück, Germany. He also presides over many Master Classes and was a member of the jury for the Long-Thibaud International Competition in Paris, in 2010. He was appointed Chevalier des Arts et des Lettres by the French Ministre de la Culture in 2008.