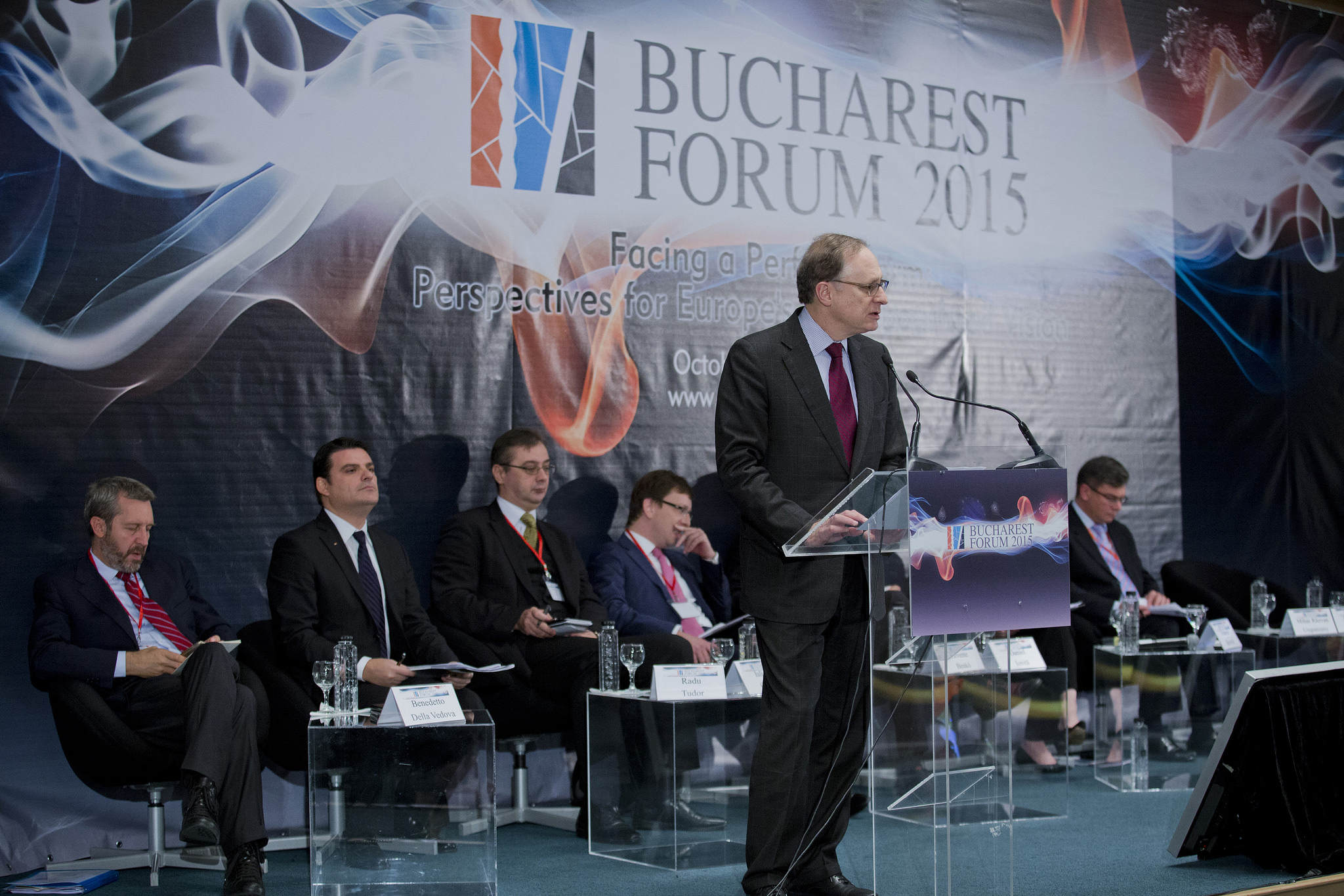 Bucharest Forum 2015 takes place between 15-16 October at critical times for the region and Europe. As the global order is changing, new economic and strategic alignments shape the context for political cooperation, economic and trade relations as well as investment. This is particularly evident in the East-West political and economic dynamic along the New Silk Road.

Political crisis in Europe is evident in the difficulty of managing the Greek debt issue, the UK referendum and the Mediterranean refugee crisis. This European malaise is heightened by domestic populists’ rifts and the challenge of the deep low in relations with Russia over the Ukraine crisis. Combined with a deep partisan rift in Washington and approaching presidential elections in the US this has implications for the West and presents complex challenges for the Trans-Atlantic community.

A. Stability in the Greater Middle East area: the Iranian Factor

B. For a New European Economic Model: Fostering Growth, Bridging Social Disparities in the trans-Atlantic Space

C. Global Competition over Hearts and Minds: Addressing Propaganda and the Role of Media