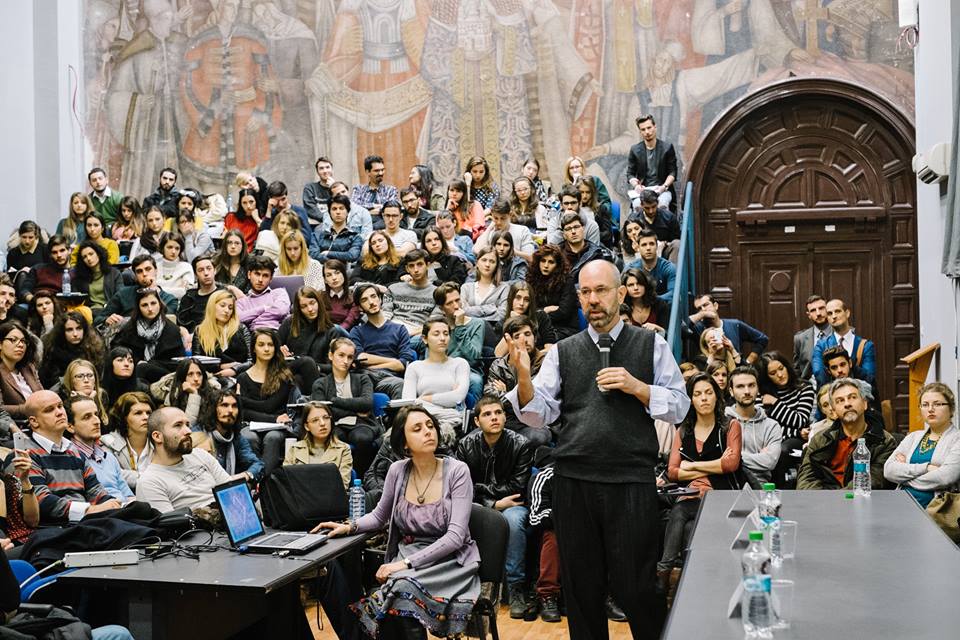 Aspen Institute Romania (AIR) in cooperation with the Center of Excellence in Planning (CEP) organized the debate “Creative Cities” as a component of AIR’s Future of Cities programme. The event will take place on December 2, 2015, starting 17.00 at the Bucharest University of Architecture and Urbanism.

Uwe Brandes, Executive Director of the MPS in Urban and Regional Planning at Georgetown University, Washington, will give a presentation on “Creative Cities”, as a follow-up of a series of debates held in October and November on this topic at Georgetown University. Mr Brandes is currently teaching a course in Urban Planning at the ASURED Programme in Urban Planning and Real Estate Development offered by CEP.  His most recent book, “The City in 2050“ looks at how can cities be shaped to meet present needs while empowering future generations to meet theirs? This book creates the framework for dialogue about the city of the future and what it will need to address to be sustainable.

Uwe S. Brandes has over 20 years of experience in the planning, design and construction of new buildings, public infrastructure and the urban landscape. He is the founding Executive Director of the Masters Program in Urban and Regional Planning at Georgetown University.

Mr. Brandes served as Senior Vice President at the Urban Land Institute (ULI) where he directed research and global programs on climate change and sustainable urban development. He is author and executive editor of several major projects for ULI, including The City in 2050, What’s Next? Real Estate in the New Economy and Getting Ahead of Change. He created ULI’s Climate Change Land Use and Energy (CLUE) initiative and was instrumental in forming the ULI Greenprint Center for Building Performance, ULI’s dedicated market research on buildings and energy.

Prior to ULI, Uwe was Director of Capital Projects and Planning for the Anacostia Waterfront Corporation where he directed the urban design of several hallmark projects in the nation’s capital, including the new U.S. Department of Transportation, the Capper Carrolsburg project, the Washington Nationals ballpark and the Yards Park and Diamond Teague Park along the Anacostia River in Washington, D.C. He oversaw the rezoning of hundreds of acres of waterfront lands as well as the largest transfer of land between the United States and the District of Columbia since the establishment of home rule.

Mr. Brandes has lectured widely on urban design and public space topics. He serves on the board of several non-profit organizations, including the Landscape Architecture Foundation and EcoDistricts.