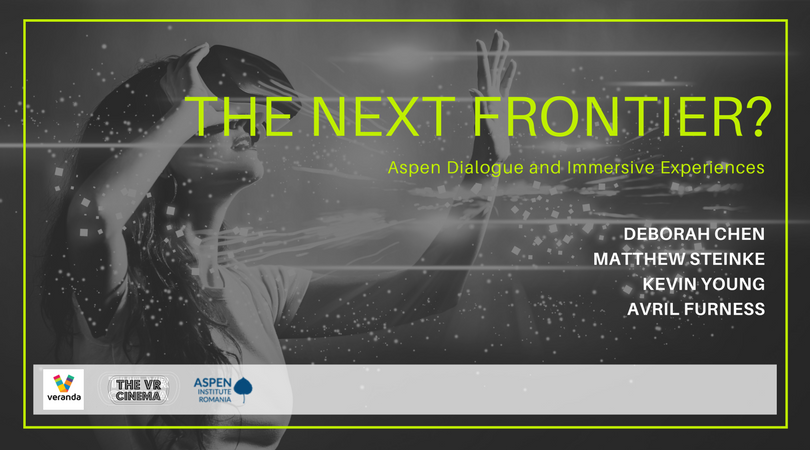 Virtual Reality and Augmented Reality let us experience a world that is completely different from the one we live in. And much like the disruptive technologies that came before it – from early film to TV, computers and smartphones – there’s no longer any doubt that it will significantly change the way we live.

Deborah Chen, Founder of the first VR cinema in Romania, will discuss emerging technologies and their impact on our society, with guests (some present physically, some virtually):

Matthew is the legendary designer behind the ground-breaking game The Witcher 3: Wild Hunt, which is considered to be one of the greatest games of all time. He recently joined Sony to head the VR design team. A 16-year veteran of the games industry, Matthew’s work has allowed him to fulfil his lifelong dream of creating new technology in order to make science fiction fact.

Kevin created ‘6×9’, a groundbreaking piece of interactive journalism, to draw attention to psychological damage that solitary confinement in prisons can cause, by placing the viewer in a cramped 6 foot by 9 foot cell as former prisoners share their stories. Kevin has also transformed automotive advertising with The BLACKBIRD® – the first fully adjustable car rig that creates photoreal CG cars.

Avril’s debut VR film ‘The Last Moments’ is an interactive Virtual Reality 360 docudrama that allows the viewer to experience an assisted suicide and either end their life or carry on living.

This event is dedicated to the Fellows & Alumni Community of the Aspen Institute Romania and it is scheduled to take place on the 24th of April, starting with 6:30 PM at the VR Cinema/Veranda Mall.