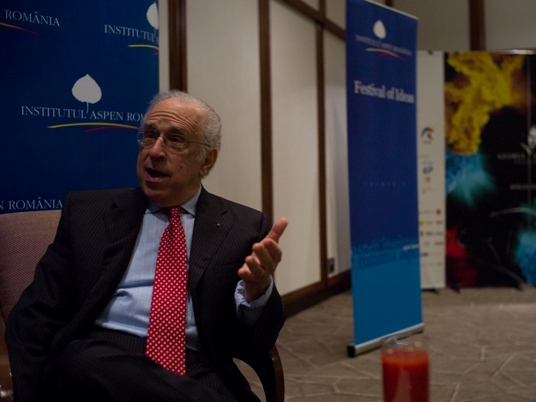 A Conversation with Lawrence Foster

Aspen Institute Romania opened the 2013 Festival of Ideas with a special event focusing on music, culture and identity on Saturday, September 7. Together with guest speaker Lawrence Foster we discussed on how can a country benefit from promoting its culture and traditions, together with finding the means of contributing to global culture.
In Romania at the invitation of the George Enescu Music Festival, Mr. Lawrence Foster is Music Director of Orchestre et Opéra National de Montpellier, as well as entering his eighth season as Artistic Director and Chief Conductor of the Gulbenkian Orchestra. Mr. Foster is connected to both the Aspen Idea, as former Director of the Aspen Music Festival and School, as well as with Romania. Born in 1941 in Los Angeles to Romanian parents, Lawrence Foster has been a major champion of the music of George Enescu, serving as Artistic Director of the Festival in 1998 and contributing greatly over the years to shaping Romania into becoming a cultural hub not only for Europe, but for the entire world. In January 2003 he was decorated by the Romanian President for services to Romanian Music.
Lawrence Foster has previously held Music Directorships with the Orquestra Simfònica de Barcelona, Orchestre Philharmonique de Monte Carlo, Jerusalem Symphony Orchestra, Houston Symphony Orchestra and Orchestre de Chamber de Lausanne.
Other topics of conversation covered how festivals and other artistic events serve as means of bridging cultures and Romania’s way of promoting its traditions, arts and cultures. We also looked at the commitment of both the public and private sector to support and nurture young Romanian talents.

In partnership with the George Enescu Festival and with the support of the Aspen Institute’s Ideas Festival, this event invited participants to engage in deep and meaningful discussions on the overlaps between social identity, success in the arts and culture and how these can serve as identity pillars. We also discussed how we can better promote culture and the arts and provide to the public at large, in order to enrich people both culturally and spiritually.