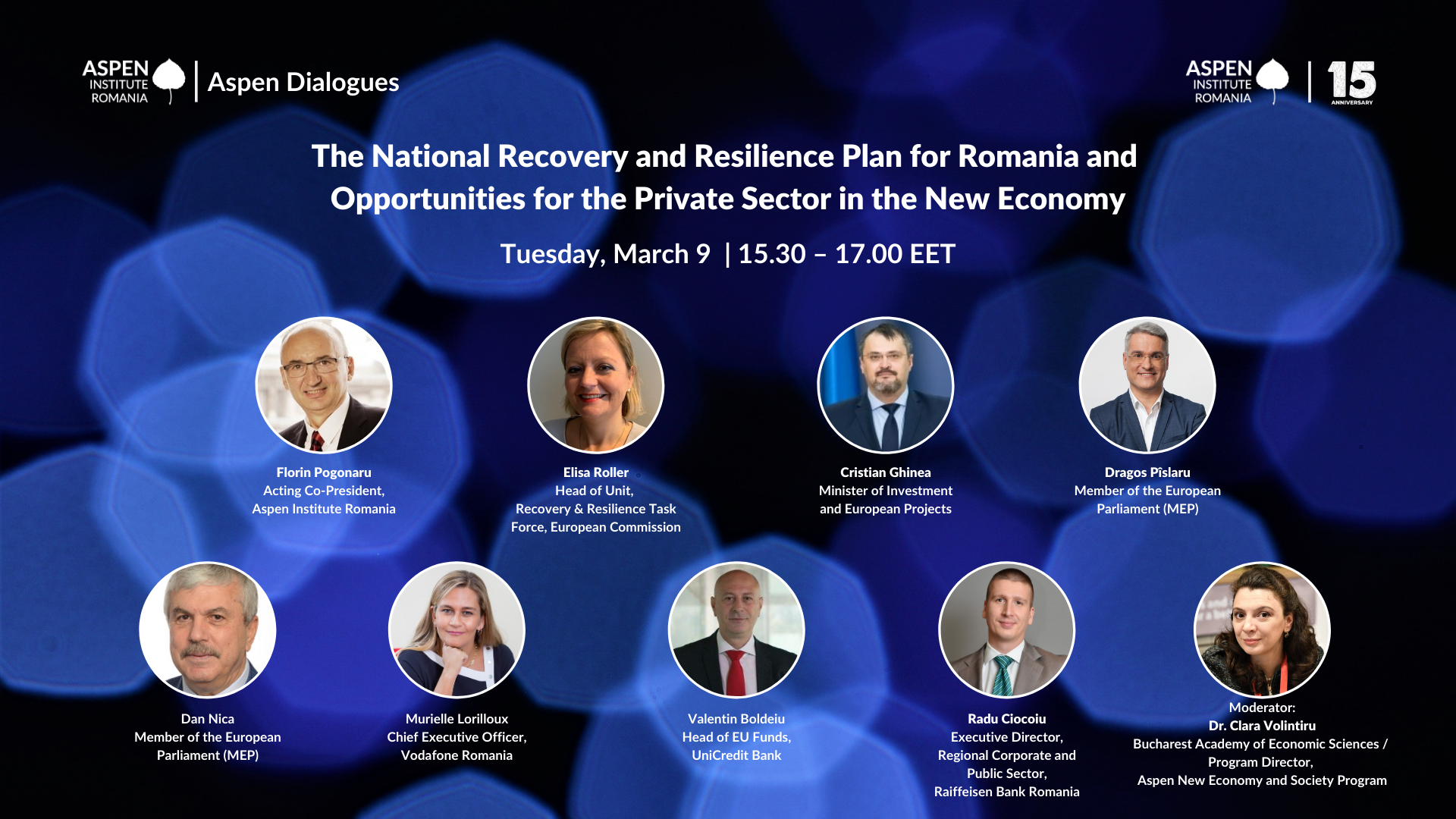 Aspen Dialogues: The National Recovery and Resilience Plan for Romania and Opportunities for the Private Sector in the New Economy

The European Union is stepping up to the economic challenges posed by the coronavirus pandemic with a €750 billion recovery plan called Next Generation EU. Together with its new multiannual budget, the response rounds up at almost €2 trillion to be dispersed through grants and loans to member states. Despite years of economic growth and convergence driven by EU funded investments in the region, Romania alongside other CEE countries still showcase persistent subnational disparities. The penetration of both public and private capital is concentrated in Bucharest and a few other leading cities, while many of the Romanian regions still lag behind. While European funding has contributed to local development, it has also placed a heavy burden on administrations that often lack both technical capacity and capital for co-financing requirements—a difficult balancing act that the new EU budget needs to take into account. The new financial instruments have a much higher complexity than previous ones, and as such intermediary entities will play a crucial role in ensuring the absorption rate. With a heavy focus on green investments and digitalization, the EU funds will stimulate beneficiaries to align with a new economic model that Europe strives to achieve. However, Romania scores much lower than peers on competitiveness, innovation, and connectivity to knowledge-transfer networks across Europe. Leading private companies can take the lead and increase value-added production and local competitiveness, but such opportunities will be informed by the eligibility framework of the new financial instruments.

The webinar debated key questions, such as:

How will the complexity of the current financing structures be managed at national level and who will serve as financial intermediary in the absence of a specialized national entity?