A custom leadership online seminar developed in partnership with the Aspen Institute – Executive Leadership Seminars, organized under the framework of the Aspen Economic Opportunities & Financing the Economy Program.

The seminar explored the leadership and values questions which bear on economic opportunity and finance.

What is the good we are seeking, and how do economic policies and financial instruments facilitate or hinder the strengthening of a prosperous and just society?

Relying upon the classic Aspen Method of moderated, Socratic dialogue, we used classic and contemporary texts to explore the moral contours of economic growth.

For almost seventy years, this approach to discussing some of the most important issues of our times has challenged participants to think more deeply about timeless ideas and their implications for organizational leadership and meaningful lives.

The themes of the seminar included the relationship between economics, politics, and the common good (especially in the quest for a new economic model), the ethical dimensions of market-based economies, the prospect of a new social contract with a focus on greater equity, the roles of government and of individual initiative, and the texture of human relationships in a changing economy.

By engaging in extended inquiry and dialogue with accomplished peers, leaders in the industry had an important opportunity to reflect on how to make both effective and wise decisions at this inflection point of political, economic, and social-cultural policy.

Participants left the seminar with a greater clarity about their own belief systems, greater understanding of the complexities of the moral-technical challenges we face, and firmer confidence in being able to engage in creative decision-making at the crossroads of economics, finance, and a good society.

The participation to the seminar was by invitation only.

MODERATORS OF THE SEMINAR 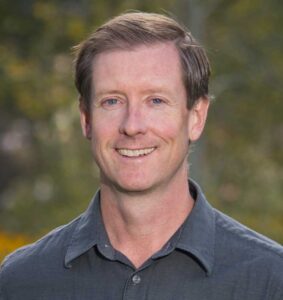 Todd moderates seminars for the Aspen Institute and has published and lectured widely on the great books, political philosophy, theology, literature, and liberal education. He serves on several non-profit boards, is a recipient of research and curriculum grants from the National Endowment for the Humanities, the Arts and Humanities Research Board (UK), and the Templeton Foundation, and is editor emeritus of The American Oxonian, the quarterly publication of the Association of American Rhodes Scholars. He is the editor of Literary Imagination, Ancient and Modern (University of Chicago Press, 1999), co-editor of Philosophy, Politics, and the Conversation of Mankind (Colorado College, 2016), and author of On Creativity, Liberty, Love and the Beauty of the Law (Bloomsbury, 2017). Before joining the Aspen Institute, Todd was a Fellow and Program Officer at Liberty Fund (where he gained extensive experience organizing and facilitating great books discussions) and taught in and directed the Honors Program at the University of Denver. He has taught as an adjunct professor at the Iliff School of Theology and as a visiting lecturer in philosophy and religion at the University of Tulsa. He has lectured at universities in the US, UK, Canada, Romania, and India, including Oxford, Cambridge, Princeton, Dartmouth, Concordia, Wesleyan, and the University of Chicago. He currently chairs the board of the American Academy for Liberal Education, serves on the board of the Alliance for Liberal Learning, and in 2012 was elected to the Senate of the Phi Beta Kappa Society. In 2015 Todd was appointed by Queen Elizabeth II to the Order of St. John, an 11th century Order of Chivalry of the British Crown.

A Colorado native, he earned his B.A. at Colorado College (Phi Beta Kappa) in Classics-History-Politics. He attended Oxford (as a Rhodes Scholar), where he read Ancient and Modern History and Patristic and Modern Theology. He earned his Ph.D. at the University of Chicago’s Committee on Social Thought (as a Century Fellow and Javitz Fellow). 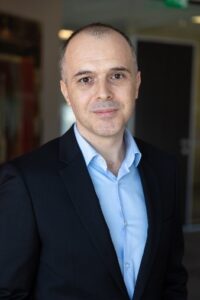 Florin Ilie is Deputy CEO, Head of Wholesale Banking at ING Romania. Since joining ING, he had several roles, among which were Head of Financial Markets Corporate Sales for Central and Eastern Europe, CFO Retail Banking and Head of Equity Markets. He was ranked as a top 3 Central and Eastern Europe equity analyst in Thompson-Reuters’ Extel voting by institutional investors. Prior to that, Florin held various positions in banking, consulting and diplomacy. He was Romania’s Eurodiplomat before the Spanish Presidency of the EU Council in 2002. Florin has also been teaching Strategy, Finance, Microeconomics and Communication in different roles at graduate and post-graduate levels at the Bucharest Academy of Economic Studies, Harvard University and the Maastricht School of Management.

He is a founding member of Aspen Institute Romania and a moderator for its Executive Seminar and Young Leaders Program.

Florin has trained a large number of civil servants and NGO workers for cost-benefit analysis for projects, and delivered the assessment for EUR 1bn+ worth of EU-funded projects for Romania. In his spare time, he likes to build online tools to help people and businesses get ahead in life.

Florin earned a two-year Master in Public Administration specializing in Financial Markets & Analysis from Harvard University, a Master in European Politics & Policy with Distinction from the University of Manchester, an Advanced Degree and a BA in Economics from the Bucharest Academy of Economic Studies, and holds a PhD in Economics from the same university. He also took courses at the University of Alcala and the Massachusetts Institute of Technology.