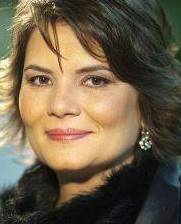 Alexandra Gătej received a bachelor’s degree in Economics at the Wharton University, USA. She also has a degree in cybernetics from the Cybernetics Department of the Bucharest Academy of Economic Studies. In 2011 Mrs. Alexandra Gătej was elected President of AmCham for two terms by a representative part of the business environment in Romania, acknowledging her qualities as a business interlocutor, but also making her one of the most important voices heard by the Romanian administration in their dialogue with other stakeholders. Alexandra Gătej is today the CEO of public affairs at Maldon&Wat, uniquely positioned to combine a profound business experience with high level exposure to the public administration in Romania gathered during her mandate as Economic Advisor for the President of Romania (2009 – 2010), as well as during her serving as Chairman for Unilever South Central Europe (2004-2009).