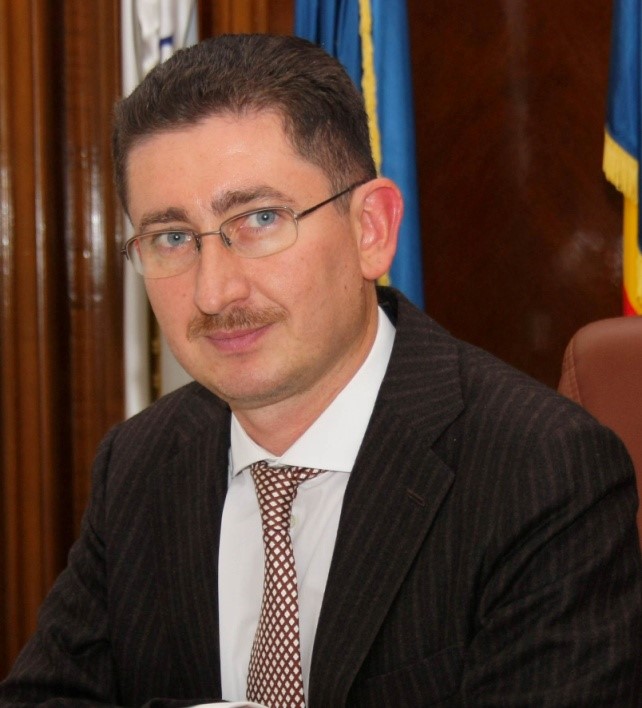 Bogdan Chirițoiu is Chairman of the National Competition Authority in Romania since 2009. From 2005 to 2008 he has served as Presidential Advisor on Economic Affairs and Public Policy and, between 2008-2009, he was Presidential Advisor on Planning and Political Analysis.
Between 2005 and 2009, Bogdan Chiritoiu was Head of the Romanian Delegation to the EU Economic Policy Committee.
He holds, since 2008, a PhD in Economics (International Economic Relations) at the Academy of Economic Studies in Bucharest, developing a thesis on Public Health Insurance Systems in the CEE States. Bogdan Chiritoiu has a MA in political science (Central European University, Budapest, 1997) and a MSc in European Studies (London School of Economics and Political Science, 1998).
Dr. Bogdan Chiritoiu has also been lecturer on Public Administration and European Studies at the University of Bucharest, since 1999. He is member of the some of the most important Romanian and European think tanks: Romanian Society of Political Science, the Network of Institutes and Schools of Public Administration in Central and Eastern Europe – NISPA CEE, the Aspen Institute of Romania and the Romanian Academic Society.

Mr. Chiritoiu is lecturer on Economics and European Studies at the University of Bucharest since 1999.