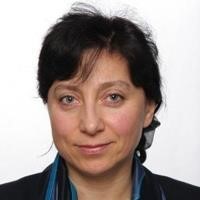 Charlina Vitcheva was appointed Deputy Director General of the JRC in September 2016.
Previous to this, she was Director of Smart and Sustainable Growth and Southern Europe at DG Regional and Urban Policy, and also held a position in Inclusive Growth, Territorial and Urban Development and Northern Europe.
Before joining the Commission, Charlina spent 15 years in the Bulgarian public administration including at the Permanent Representation in Brussels, dealing mainly with agricultural and fisheries issues.
During this period, she was actively involved in the accession negotiations of Bulgaria and headed, between 2000 and 2004, the negotiations teams in the area of agriculture and rural development, food safety and fisheries.