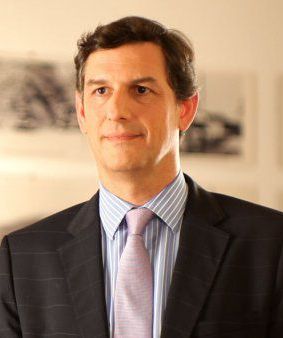 Costin Grigore Borc is a graduate of the Energetics Faculty, Hydro-energetics major (1989), of the Polytechnic University of Bucharest, an institution where he also graduated a master’s course. He completed doctoral studies in economy at the University of Wisconsin-Madison (2000).

He worked for 15 years in the structures of French company Lafarge, starting from the Project Manager position within Lafarge North America (2000-2001). He ran for four years the aggregate and concrete production activity of Lafarge Romania, and on April 1, 2006, he took over a leading position at the main headquarters of the company in Paris, as Regional Development and Strategy Director. In July 2008, he was appointed Director General of Lafarge BFC Serbia, later becoming chairman of the country’s Foreign Investors’ Council, in 2011. In 2013, he began his mandate as Director General of Lafarge Romania. On September 1, 2013, he took over the coordination of all local operations of the Lafarge Group, structured on three main business lines — cement, aggregates and concrete.