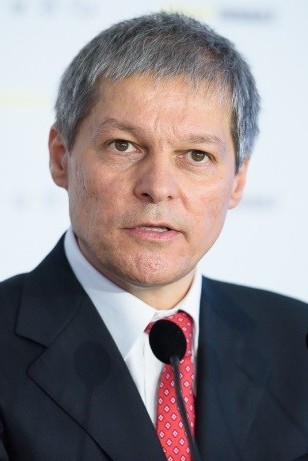 Dacian Cioloș was appointed as Prime Minister of Romania on 17 November 2015.

Prior to his nomination, he served as European Commissioner responsible for Agriculture and Rural Development in the second Barroso Commission (2010 – 2014), focusing on the reform of the Common Agricultural Policy. Following his commissioner mandate, he was appointed as special adviser for food security by the current President of the European Commission, Jean-Claude Juncker.

In 2005, he followed several courses on agriculture and commerce, organized by the World Bank Institute and the University of Rome III.

He is a member of the independent think tank on European agriculture and rural development “Groupe de Bruges”, as well as a founding member of the Professional Association “Agroecologia”.

He speaks fluent French and English.