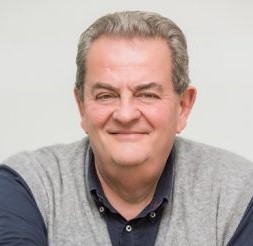 Graduated in bioengineering at the Milan Polytechnic.

After an experience at Bayer, in 1981 he started working for the Ansaldo biomedical project, that later become Esaote spa.

He has been one of the members of the Esaote management since the company start and from 2006 the Esaote’s CEO. In 2013 he left Esaote to pursue other personal initiatives.

Presently he is member of the Board of Directors of three Menarini Group companies.

Up to February 2019 he has been member of the Board of the CRF Bank up to the its merger in Intesa Group.

Since May 2014 he is member of the Board of Leonardo/Finmeccanica.

Since May 2014 he has been the President of TLS, a Life Sciences accelerator/incubator and healthcare technology promoter based in Siena.

In 2015 he founded Panakes Partners SGR; an investment company focused to Venture Capital in Life Sciences.

Actually, he is the President of RetImpresa, the Agency of Confindustria (Italian national industrial companies federation) for promoting the Network of Companies in Italy; he is also member of Confindustria Toscana regional organization for healthcare companies.