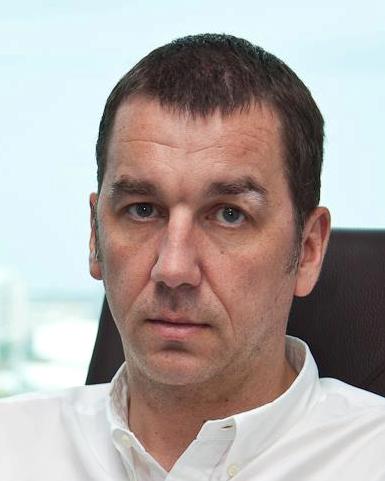 Florin Ciobîcă is the CEO of AG Radio Holding, one of the largest radio companies in Romania, mainly operating radio and tv stations, among other media assets.
He has been in top management positions in media & advertising industry for more than 25 years, in international companies such as SBS Broadcasting and ProsiebenSat 1.
He is among the pioneers of change and innovation in the radio industry in Romania and part of its development since the very beginning in the ’90s.
He is an engineer and has an EMBA.
In 2013 he has attended Aspen Seminar for Leaders and is an Aspen member ever since.