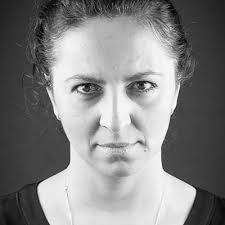 Iuliana Tarnovetchi is the co-founder of Alien Films Entertainment. With over 35 projects during her 20 years career in the film industry, Iuliana is a film professional whose name has been linked with big international film productions and co-productions projects that were highly appreciated both by the public and the professionals such us: Callas Forever by Franco Zeffirelli / Cattleya,  Joyeux Noel by Christian Carrion / Nord Ouest Films or California Dreamin’ by Cristian Nemescu / Mediapro Pictures. Some of these were awarded in prestigious festivals. Recent projects serviced, produced or co-produced by Alien Films Entertainment in Romania: Eastern Business by Igor Cobilianski / Alien Films, The Command / EuropaCorp, Otto The Barbarian / Alien Films & Pollar Bear, Alex Rider / Sony Pictures, Killing Eve S1 & S2 /  BBC America.