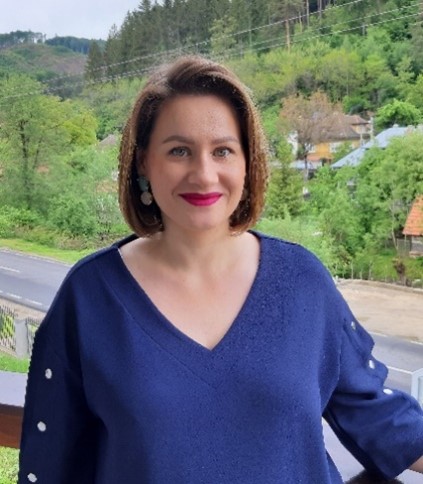 Larisa is a public affairs professional with an extensive experience in project management, major events and convenings. More than 8 years Larisa was the lead on all public policy programs of the Bucharest office of the German Marshall Fund of the United States, working closely with foreign and national Government officials and institutions, high-level agencies, private and non-profit organizations, as well as media and the public. Currently she is a communication consultant with the World Bank, Romanian Office, as well as the Community Manager of the La Firul Ierbii Community Center.

In her early career Larisa worked with various Romanian public organizations and NGOs, such as Romanian Academic Society (2011-2012), the Representation of the European Commission in Romania (2010), and the European Institute of Romania (2009).  Besides the Bachelor degree in European Studies (2009) and a Master degree in Conflict Resolution (2011) both from National School of Political Science and Administrative Studies, Larisa graduated various courses such as Warsaw Euro-Atlantic Summer Academy of the College of Europe, Poland (2016); Protocol and Diplomacy Communication courses of the Romanian Diplomatic Institute (2014) as well as European Learning Lab,  European Foundation Centre, Italy (2012).