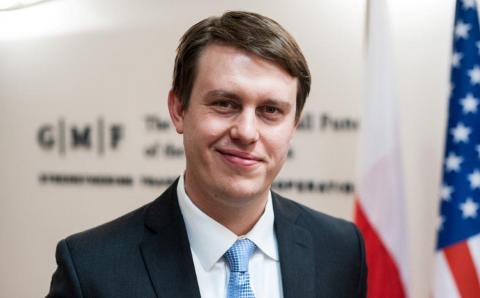 Michał Baranowski is a senior fellow and the director of GMF’s Warsaw office, where he provides overall strategic direction and leadership for the organization’s work in Poland, the Baltic states, and the V4 countries.

He writes and speaks extensively on NATO, transatlantic relations, and U.S. foreign policy, and is frequently quoted in outlets such as Associated Press, Financial Times, New York Times, Wall Street Journal, Die Welt, Rzeczpospolita, Reuters, Axios, Le Soir, Washington Post and Foreign Affairs. He publishes in Polish, American, and European media and policy journals while also being a member of the Polish-German reflection group established by presidents of Poland and Germany. He holds a master’s of European public affairs from Maastricht University and has studied at Mercer University in the United States and at the University of Oxford.