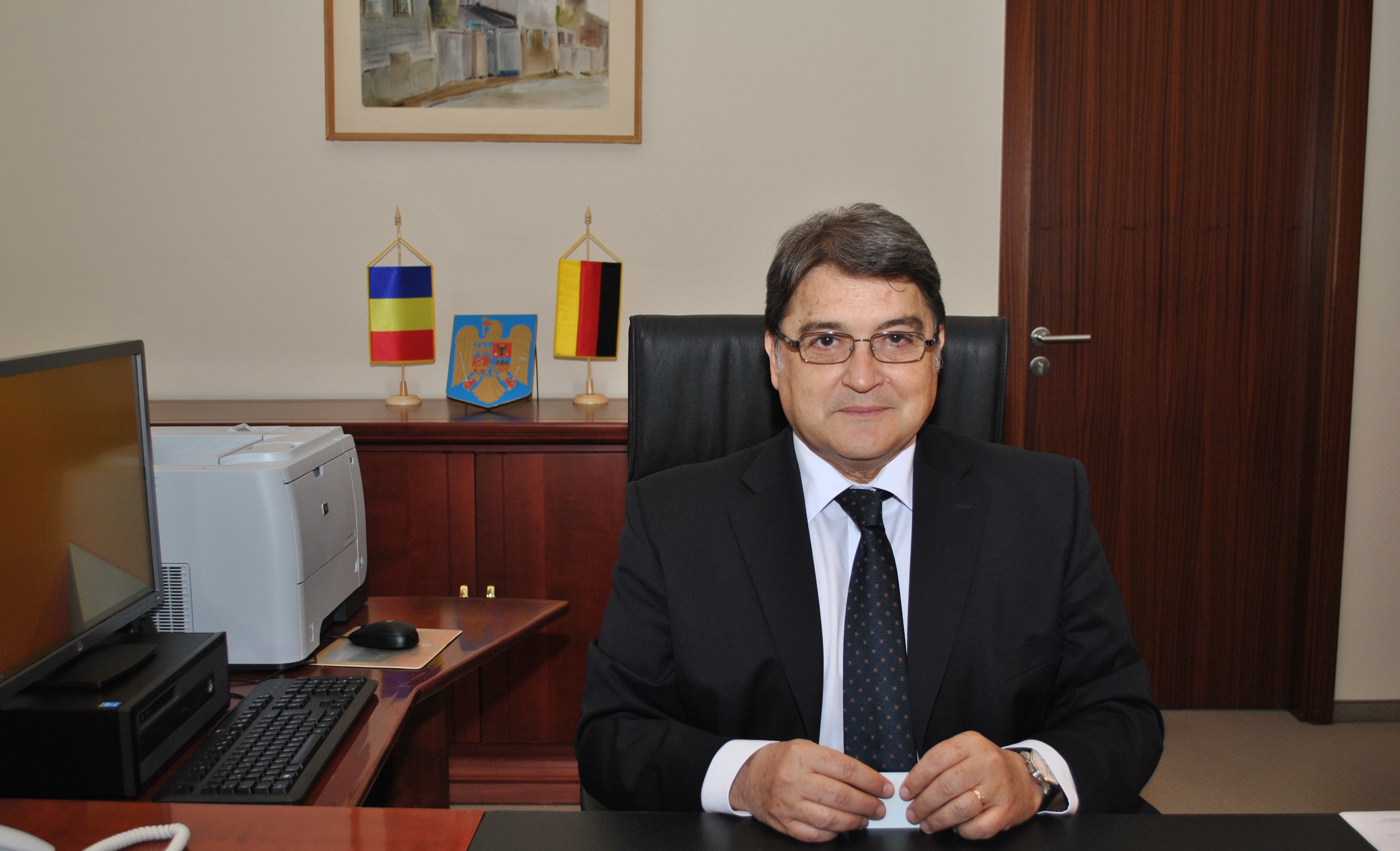 Emil Hurezeanu (born 1955) is a Romanian print, radio and tv journalist with a strong domestic and international professional and public profile.

He worked as a Senior Editor and lately as the Director of the Romanian Department of  Radio Free Europe, in Munich (1983-1995), led the Romanian Section of Radio Deutsche Welle in Cologne (1995-2002), has been an Editor of  Romania Libera Newspaper,  Cotidianul and Realitatea Tv, as well as a successful tv and radio producer with Europa FM, Money Channel TV and Digi 24 TV.

Hurezeanu won several Romanian and international prizes for his Radio and Tv Programs and for his poetry and political essays books.

He got honorary doctorates from the University of the West (Timisoara), The University Lucian Blaga (Sibiu), University Andrei Saguna (Constanta), and the „Nicolae Balcescu Land Forces Academy, (Sibiu).

Hurezeanu is Member of the Board, „New Europe College “, Bucharest, and Member of the Directory, Foundation „Church Forteresses in Transylvania “, Berlin and Sibiu.

He had been appointed Honorary Citizien of Sibiu and is a Commander of the National Order of Merit.

Since June 2015 Emil Hurezeanu is the Romanian Ambassador in Germany.