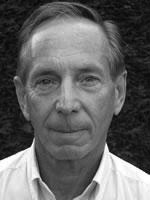 From January 2006 to December 2016, he was Senior Adviser to Peter Sutherland, Special Representative of the UN Secretary-General on Migration and Development.

He played a central role in the conception and establishment of the Global Forum on Migration and Development (GFMD), the first global governmental process that deals with migration and its links with development, with a view to promote dialogue and cooperation. He has also played a significant part in the elaboration and final editing of the Sutherland Report on international migration.

At the same time, and since 2001, he has been associated in various capacities to the work of the Commission on Human Security, first as Executive Director and now as member of the Advisory Board on Human Security (ABHS), in New York.

He previously performed a number of important functions in the UN humanitarian sector (UNHCR) in Africa, Latin America and Europe.

After serving as Chef de Cabinet of the UN High Commissioner for Refugees Sadako Ogata, he was Director of UNHCR for Asia Pacific region. In 1992/1993 he was Coordinator for UNHCR activities in Former Yugloslavia and in 1999 he was UNHCR Chief of Operations for the Kosovo Emergency.

Mr. Fouinat graduated from the Faculty of Law and received a post-graduate diploma from the Institut des Hautes Etudes de l’Amérique latine, in Paris.