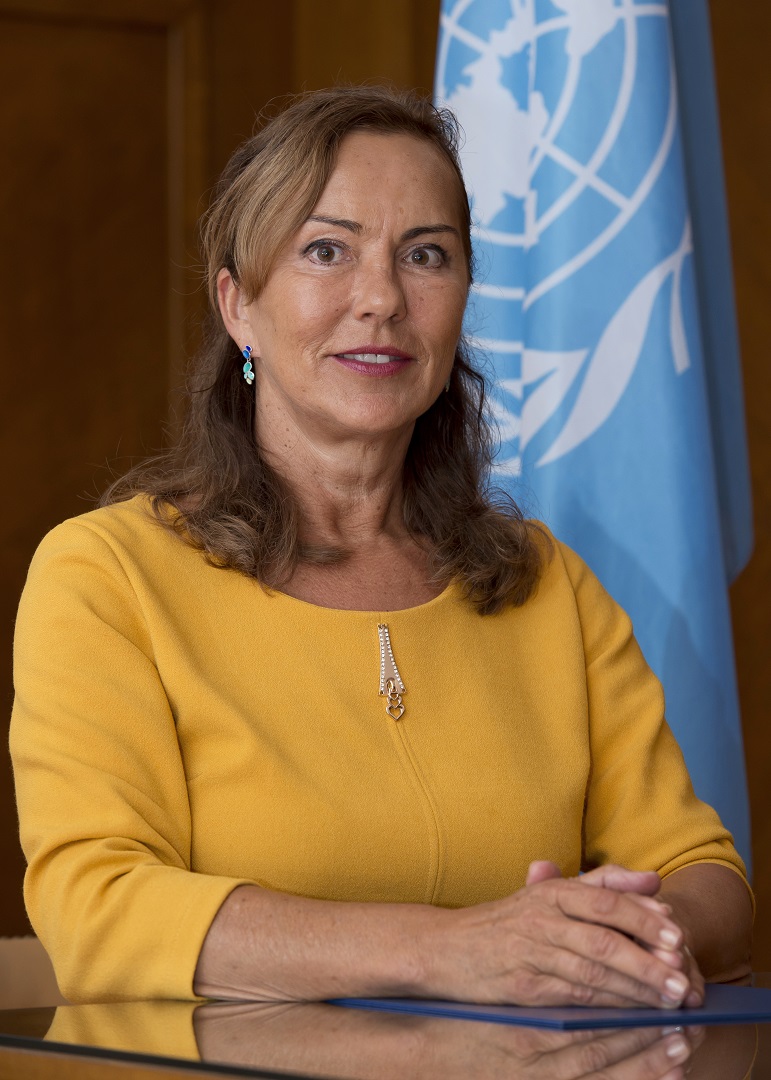 On 13 April 2017, the Secretary-General appointed Ms Olga Algayerova of Slovakia as the next Executive Secretary of the UNECE. She took office on 1 June 2017.

Ms. Algayerova brings to the position a combination of leadership and diplomatic skills with deep knowledge of the region with its challenges and opportunities and a strong focus on building and nurturing partnerships among key stakeholders with the United Nations.

Prior to her appointment, she served as Permanent Representative of Slovakia to the International Organizations in Vienna, Austria (since 2012). She was previously President, Slovak Millennium Development Goals (2010-2012); State Secretary, Ministry of Foreign Affairs (2006-2010) and Corporate Export Manager, Zentiva International, a.s. (2004-2006).

Born in 1959, Ms. Algayerova holds a Master in Contemporary Diplomacy from Malta University, a Master in Business Administration from The Open University Business School, United Kingdom and a Dipl. in Engineer of Economy from the University of Economics Business Faculty, Bratislava.

On 12 July 2017, Ms. Olga Algayerova was sworn-in by the Secretary-General of the United Nations, Mr. António Guterres.