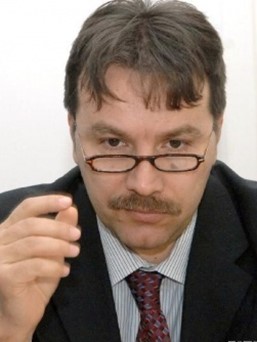 Prof. Cristian Vladescu authored and co-authored over 50 books and treatises, published more than 100 scientific articles in indexed journals, gave over 40 presentations in international conferences and participated in more than 35 research projects, both national and international. His work has over 2.000 citations in international scientific data bases (BDI). Prof. Vladescu acted as consultant/expert for international organizations such as WHO, The World Bank, Council of Europe, EU, USAID, Global Fund, OSI. He received for his professional and academic activity different awards and distinctions such as the Romanian Academy Award Iuliu Haţieganu in 2010, Diploma of Excellence of the Ministry of Interior in 2005 in Bucharest, Diploma of Excellence of the Ministry of Defense in 2006 in Bucharest, USAID / AIHA Certificate of Recognition in 1998 in Chicago, USA.

Towards a Health System Based on Prevention and Innovation 28 October 2022 Hotel Sheraton (Calea Dorobanți 5-7, Bucharest) Aspen Healthcare Summit, now at its eleventh edition, is the major public event of Aspen Institute Romania’s Healthcare & Quality of Life Program, bringing together decision-makers, renowned specialists and researchers from the medical sector, European and national […]