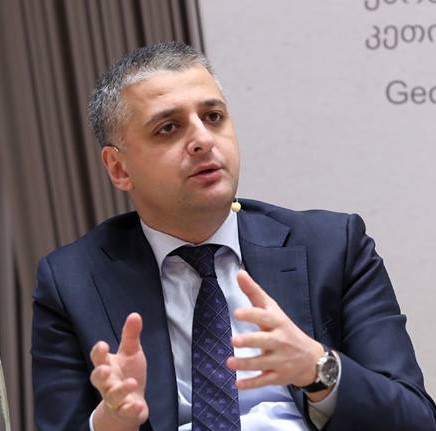 Levan Dolidze is the Chair of the Georgian Center for Strategy and Development. Prior to his current position, he served as the Ambassador of Georgia to NATO and First Deputy Defense Minister of Georgia where he coordinated the defense transformation and supervised policy planning and Euro-Atlantic integration process.

Mr. Dolidze is a former Executive Director of the Levan Mikeladze Foundation. His experience is also associated with supervising the implementation of projects in the fields of democracy and development, as well as with the effective implementation of international legal principles at the domestic level and their further application in practice by national and international stakeholders. From 2002-2006 he worked at different positions at the Legal Issues Department of the Ministry of Finance of Georgia and at the Administration of the President of Georgia.

From 2006-2008 he served as a senior Georgian Diplomat (Consul) in Switzerland. Mr. Dolidze hold a Degree in Law (LL.M. equivalent) from Tbilisi State University and a MA in International and European Security from Geneva University/Geneva Center for Security Policy (2009).