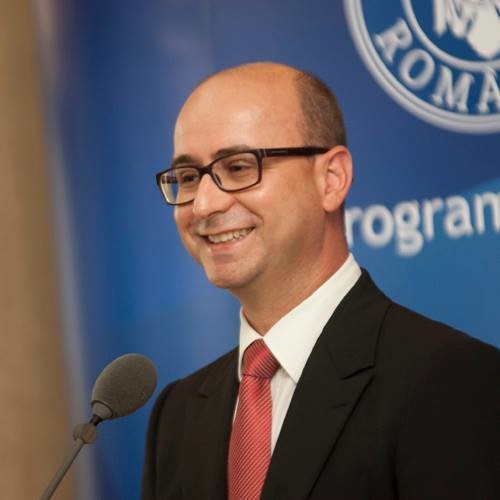 Currently Co-Founder and CEO of H.appyCities, building digital platforms and mobile applications that empower citizens, communities, and local authorities to think, communicate and act collectively for the benefit of the citizens, Radu Puchiu is a public policy and open government consultant with more than 10 years of experience in the public sector in Romania.

Former Secretary of State in the Prime Minister’s Chancellery in charge with strategies and public policies coordination at the Centre of Government between 2012 and 2017 and National Coordinator for Open Government Partnership, representing  Romania in the Steering Committee of the OGP at the international level, he was invited by the OGP to become an OGP Envoy starting October 2018.

He graduated the Design Academy in Bucharest and he attended the Internet Leadership Academy at the Oxford Internet Institute, University of Oxford, UK. He is also a member of the Open Data Leaders Network organised by the Open Data Institute London.

In 2016 he was selected by Res Publica, Google, Visegrad Fund și Financial Times in NewEurope100 (http://www.ne100.org) top of innovation leaders in East and Central Europe.

Radu is a proud husband and father.