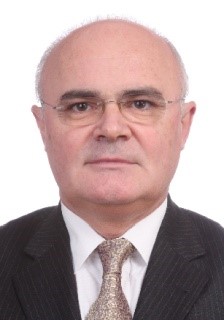 He was Romania’s Ambassador to the State of Kuwait and the Sultanate of Oman (1991-1995), Egypt (1997-2001), UN and other international organizations in Geneva (2003-2009) and to China and Mongolia (2012-2017). While in Geneva, Costea was the second President of the UN Human Rights Council (2007-2008) – the first representative of a EU Member State in this position – and steered the setting up of HRC new mechanisms (the Universal Periodic Review, the Review of Mandates of Special Procedures and others).

Costea is fluent in Arabic, English and French and has a PhD in political science (2009) with the National School of Political and Administrative Studies, Bucharest, on democracy building in the Middle East. He lectured, inter alia, at the American University – Cairo, the Harriman Institute for Russian, Eurasian and Eastern European Studies at Columbia University – New York, Tsinghua University, the Institute for International Studies, the Chongyang Institute for Financial Studies with Renmin University, China Academy of Social Sciences in Beijing and at the Sun Yat-sen University, Guangzhou (Canton). He was a panelist at previous editions of the Bucharest Forum organized by the Aspen Institute Romania and the German Marshall Fund and speaker at meetings of the China Strategy Group with European Center on Foreign Relations.